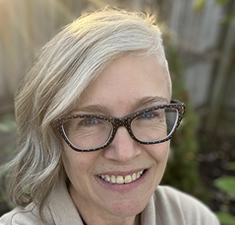 Employee resource groups (ERGs) can do a lot to create a greater sense of belonging at your organization. But the folks who volunteer to lead these groups may find themselves in need of help when it comes to utilizing perhaps the greatest tool at their disposal: Your internal employee community platform.

As a community strategist within large organizations, Lori Harrison-Smith has trained employees to help them get the most out of these platforms.

She has also managed two large migrations, both from Jive, and that has led her to have a (in her words) cynical perspective on the resources made available for these migrations, by both companies and the software vendors themselves. 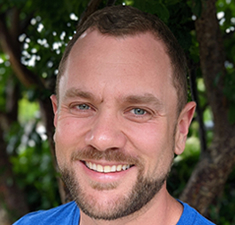 WordPress, the popular open source CMS, powers a reported 43%+ of the web, including this site. It is backed by a global community of contributors who volunteer their time in all sorts of ways, from code to documentation to training. But did you know that many of the project’s biggest contributors are sponsored by their employer to provide that time?

As we discussed with Brad Williams of WebDevStudios, the success of WordPress has created an economy around the software, growing and launching many businesses that serve the needs of its users, from personal blogs to major corporations. And one of the way those companies give back is through these sponsorships.

No company is more tied to WordPress than Automattic, the owners of WordPress.com, which was founded by the co-founder of WordPress, Matt Mullenweg. Hugh Lashbrooke is the head of community education at Automattic, which sponsors him for 40 hours a week, primarily to contribute to WordPress’ training team.

Hugh joins us on this episode to give us an inside look at these sponsorship arrangements and how they influence WordPress team dynamics. Plus: 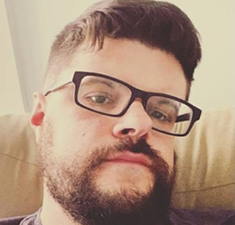 What are the reasons why you would voluntarily end the interview process for a community role? If you give it some thought, you’ll probably come up with some!

Ryan Arsenault and Patrick share real stories from their careers, giving the reasons why they decided against continuing to interview with certain companies, including some you’ve heard of.

This leads to a conversation on the community opportunists, and how Web3 and NFT projects often fit into this category. What does it mean for your career if a rug pull happens on your NFT project? What responsibility do community industry players have in hyping these projects? After they remove the .eth from their handle, who is left holding the bag? 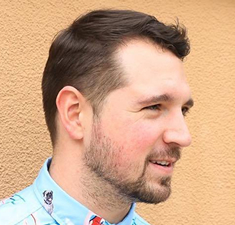 If you threw a random group of people together, united primarily by a shared educational goal that they can accomplish with or without the group, and had two weeks to build a sense of community among them, what would you do?

That’s what Alex Witkowski spends time thinking about. He’s the community lead for Section4, which offers business courses they call sprints. These sprints are typically around two weeks long and then the experience is over – if you want it to be. If you don’t want it to be, you can continue to benefit from and collaborate with the students that took the same course.

Alex oversees a team of four community managers that guides this growing number or cohorts and hopes to bring then together through an upcoming alumni membership program. He also believes that cohort-based communities often exploit community rather than build it. We chat about that, plus:

But there’s something about his latest mixtape that makes it unique from every album, EP, and mixtape he’s released so far: It was a collaboration with his online community of fans and supporters.

As Asher contemplated making music during the COVID-19 pandemic, he came up with an idea: What if The Greenhouse Effect Vol. 3 was “entirely produced by fan/friend/follower submissions?” He set up a Discord, and off they went. He’d post acapellas – audio clips of only his vocals – and community members would produce song submissions, which Asher would review live on Twitch. The project would adopt a narrative story, adding guest verses from the community, too.

With the mixtape out, Asher stops by to talk about the collaborative process behind the release, the tools he used, and the community building lessons he learned along the way. One of the great things about this story is that the creation of this mixtape has helped birth an active online community, which Asher hopes will foster further collaborations between members. 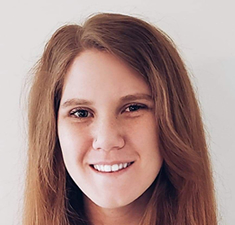 Section 230 is a vitally important law for online community builders in the U.S. That’s why we’ve consistently talked about it on Community Signal, and the growing threat to its existence.

The volume of legislation being proposed, that would amend Section 230, is increasingly rapidly with 6 bills proposed in September and October alone. These bills will impact online communities small and large – not just Big Tech.

Whenever new Section 230 altering legislation is proposed, Jess Miers analyzes it. Jess works as a legal policy specialist at Google, while finishing up a law degree, and she joins the show to talk about what’s on the horizon. 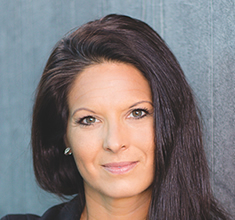 As community professionals and hosts, we have the power to cultivate thoughtful spaces online. We serve communities and, if you’re a regular listener of this show, I doubt you’re serving racists.

Systemic problems can feel overwhelming, but small things make a difference. Your community and how you manage it, regardless of the size of it, can be a part of the solution. I encourage you to think about that as you make choices that shape these platforms.

On May 28, a couple of days after Twitter added a fact-checking notice to one of his tweets, Donald Trump signed an executive order targeting online communities and platforms.

I believe that holding Trump accountable for his rhetoric and fighting white supremacy are the same fight. This executive order is designed to stop you, me, and big platforms from doing exactly that. On this episode, we’re talking with attorney Anette Beebe about the resulting fallout and answering some of your questions.

Major social media platforms are using algorithms in spite of the best interests of their users, says Bruce Ableson on this episode of Community Signal. They are focused on serving you an ad at the right moment, or putting something controversial in front of you, “gaming the experience against the users to make money.”

Throughout the conversation, it becomes clear that this is emblematic of their approach in general, not just to curation and algorithms, but to moderation and management. These platforms are what they are not because of what they did last week or last month, but what they did 5 or 10 years ago. Plus:

Thank you for listening to and supporting Community Signal in 2018. We’ll soon be publishing a list of the most listened to episodes of the year, and I honestly have no idea what that list will look like, so I’m excited to find out.

With the holidays last week and then New Year’s Eve being today (when we would normally release an episode), I decided it was best to give the team (and you) a break. But we’ll be back next week, January, to release our first episode of 2019. And we’ll have new music! Talk to you soon. 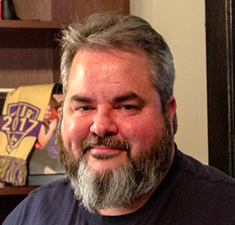 Jason Falls knows where your customers are talking. He’s studied conversations for several years and, time and time again, he’s shed light on an inconvenient truth for brands: If you’re ignoring online forums, you’re probably ignoring a substantial part of the conversations happening in public – maybe even a majority of them. And it usually doesn’t matter what industry you’re in. Banking? 90%. Elderly care? 83%.

He doesn’t work in the community space, he’s not drinking the Kool-Aid. Jason is a veteran digital strategist who follows the data, and the data tells him that brands are continually missing a major opportunity to build loyalty and increase sales. And that’s one of the topics on this episode. Plus: